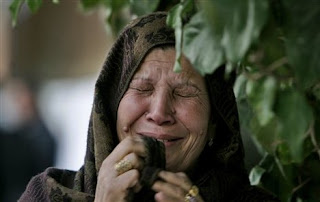 More than 1,000 Palestinians have been killed during Israel's 19-day war in Gaza, Palestinian medical officials have said, as clashes continue throughout the Strip.

Civilians make up about 40 per cent of casualities with children accounting for a third of the dead, aid agencies and Palestinian medics said.

About 1,017 people have been killed and at least 4,750 people injured, Hasanein Myawaya, the head of Palestinian emergency services, said.

Ayman Mohyeldin, Al Jazeera's correspondent in Gaza, said while fewer Palestinians had been killed on Wednesday than during previous days, the situation for Gazans remained one of "complete fear and terror".

"For those who venture out [for food] ... they know that anytime they leave their house it could be the last time.

"More than 80,000 Palestinians have now fled their homes because of the fighting around them ... there is a sense of overcrowding ... UN schools have taken in 35,000 refugees. "There is real desperation and fear among the people," he said.

Mohyeldin also said that the so-called "humanitarian corridor" - the Israeli three-hour daily lull in fighting to allow food and medical supplies into Gaza - is "simply not producing a cessation of hostilities".

Shelling could still be heard in parts of Gaza City during the three-hour armistice, he reported.

Mads Gilbert, a surgeon with the Norwegian Aid Committee, told Al Jazeera: "This is a man-made situation that affects mainly the civilian population of Gaza who are without protection."

Thirteen Israelis have been killed in the conflict, including three civilians and 10 soldiers.

Alan Fisher, reporting for Al Jazeera from Israel close to the Gaza border, said around 15 rockets had been fired from the Strip into Israeli territory.

As the death toll continued to rise, diplomatic efforts to bring about a ceasefire appeared to make little progress.

Ban Ki-moon, the UN secretary general, arrived in Cairo earlier on Wednesday in a bid to kick-start ceasefire negotiations between Hamas - the Palestinian faction that controls the Gaza Strip - and Israel 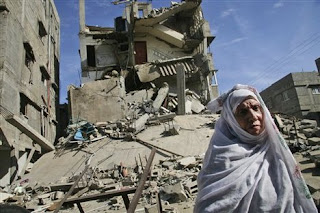 Ban met Hosni Mubarak, the Egyptian president, on arrival and is expected to hold talks with the leaders of Jordan, Syria, Lebanon and Turkey.

The UN chief has not said whether he will have direct contact with Hamas leaders.

Ban has repeatedly called for both sides to immediately end hostilities, so far to no avail.